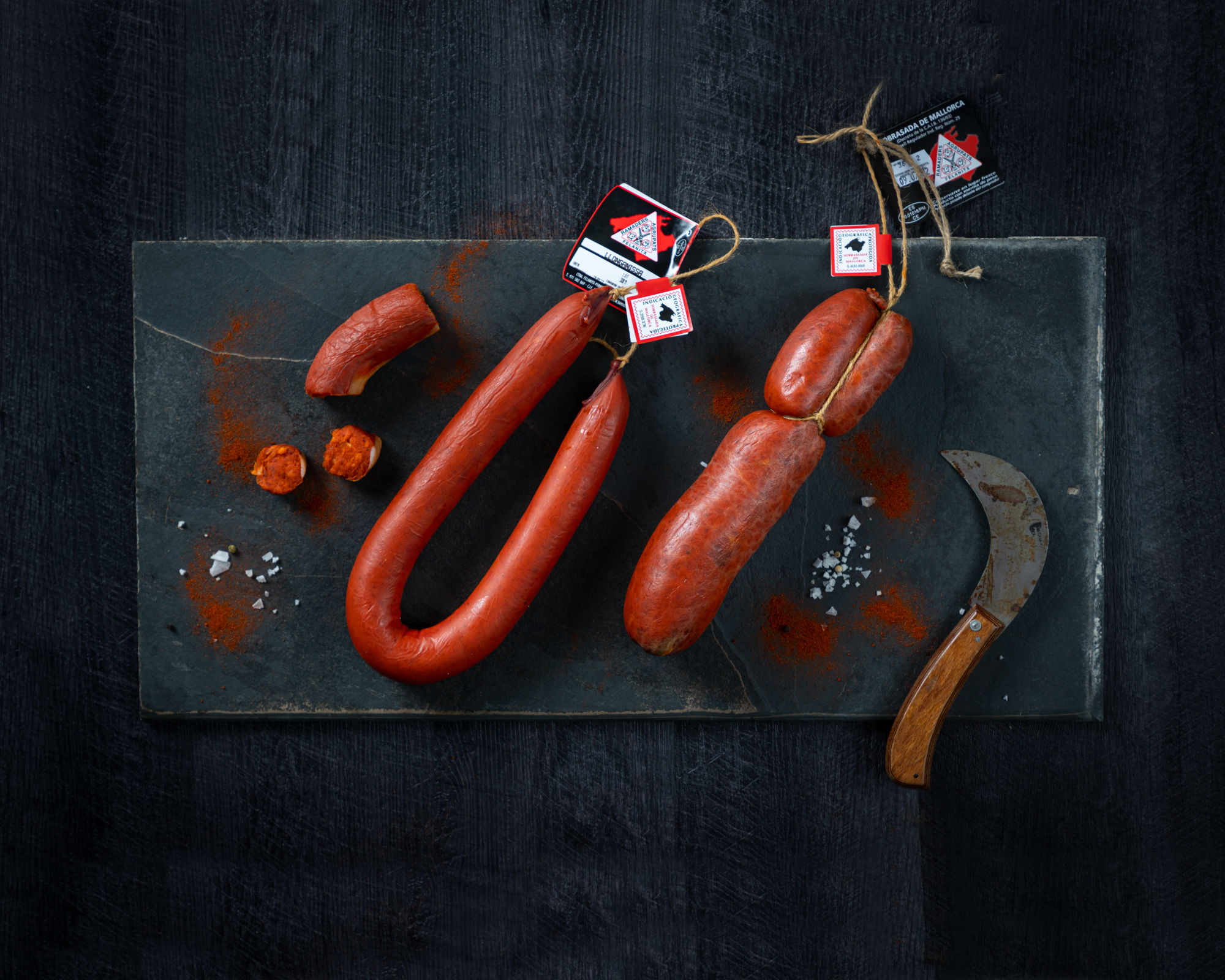 Sobrassada from Mallorca is a cured sausage made with finely minced pork, salt, pepper and paprika. The traditional way to eat it is by spreading it on a slice of bread. Then there are variations. Many people add sugar or honey and even fruit jams. The truth is that, nowadays, it has become a very valuable ingredient in an infinite number of haute cuisine recipes.

Sobrassada from Mallorca, a journey through history.

In prehistoric times, during the Talayotic culture, the black or Mallorcan pig was already being reared. However, it was the Romans who introduced food preservation techniques.

After the loss of this tradition with the Muslim domination, James I of Aragon recovered the old customs and the exploitation of the pig. But it is in the Renaissance that we find the roots of this Mallorcan sausage, specifically in Sicily. There, they used a technique known as sopressa. It is believed that Mallorcan sobrassada is a variant of this technique.

The fact is that, in the 16th century, it was already perfectly institutionalised as a particular and unique way of preserving meat.

In 1996, the European Union awarded the PGI to sobrassada from Mallorca. This quality designation establishes two types with their respective labels:

Recipes with sobrassada from Mallorca

It is a very versatile ingredient that can be used in stews, soups, meat, fish and even desserts. One of the specialities is figatella de porc negre or toast with sobrassada and quince jelly. It is ideal for meat fillings, whether poultry, lamb or pork. It also enriches fish such as cod.

Mallorcan sausages are internationally famous. One of them is butifarrón from Mallorca. It is made with offal and meat, and can be eaten raw, as it is cooked.

Mallorcan camallot is one of the most emblematic. It is made with minced lean meat from the local pig, salt, pepper, aniseed and pepper.

Mahonese cheese has a protected designation of origin. It is a cured cheese, pressed and uncooked, which can be made with pasteurised cow’s, goat’s or sheep’s milk.

As you can see, in the Balearic Islands we have unique specialities, such as the sobrassada from Mallorca, now, we can take it to you wherever you request.

This website uses cookies to improve your experience while browsing the website. Outside of these cookies, the cookies that are classified as necessary are stored in your browser, as they are essential for the functioning of the basic functionalities of the website. We also use third-party cookies that help us analyze and understand how you use this website. These cookies will be stored in your browser only with your consent. You also have the option to opt out of receiving these cookies. But opting out of some of these cookies may affect your browsing experience.
Necesarias Always Enabled
Necessary cookies are absolutely essential for the website to function properly. This category only includes cookies that guarantee basic functionalities and security features of the website. These cookies do not store any personal information.
No necesarias
Cookies that may not be particularly necessary for the operation of the website and are used specifically to collect personal data from the user through analysis, advertisements and other embedded content are called non-necessary cookies. It is mandatory to obtain the user's consent before executing these cookies on your website.
SAVE & ACCEPT